1. Create a series of photographs that include deep shadow in much of the frame. You
could achieve this by using a black backdrop or by exposing in high contrast light as
in Part One Project 2 (Shadows).
2. Choose about four final images.
3. In Photoshop, place the images on top of one another and change the Blend Mode
to Screen (removes the black from the image) of the images above the lowest image.
Experiment with Luminosity and Colour blending modes. You may also want to reduce the Opacity of each image. Move them around with consideration for the sense of depth the image represents and try to create a final composite.
The image below was made by making a double exposure with a film camera. But you can do the same thing by using Layers in Photoshop.
Russell Squires and Craig Hull, Doppelgängerism

The series of images below combine 3 photos taken at the Space Centre in Leicester. Two of the photos are of a Soyuz capsule but from different angles. Changing the blend mode resulted in very different effects. The opacity of the images that were used for layers 2 and 3 I found were limited in what I could do. Too high an opacity percentage and they obliterated the other layers, too low and you lost all detail. Getting something that allowed all three images to be seen was a bit of a balancing act.

The blend mode for each image has been added in brackets to the caption. In all cases the same mode was used for layer 2 and layer 3. Using combinations of modes would have led to even more possibilities.

Below are the three photos that were combined in the images above.

In March I visited Cyprus again and for a few days stayed in Ayia Napa. One of the days I paid a visit to the monastery located in the centre of the town and took a series of photos. For the series of images below I used shots taken through an archway of the church in the main part of the monastery.

I then used a photo of a rocket, obtained at the Space Centre, and overlaid the monastery image with this. In set of images #1 I had only part of the arch showing. In iamges #2 I had the full arch. When I overlaid the rocket itwas slightly to one side of the image and so I moved it slightly to the right so the top of the rocket connected with the centre of the arch.

The idea to mix the images of the monastery and rocket was inspired by one of the original Planet of the Apes movies where a group of humans were worshipping a nuclear missile.

Combining the images juxtiposes traditional worship of God/Gods/Goddesses with more modern worship of technology and power.

In both sets of images I particularly like the Hard Mix and Difference blends as they make the rocket stand out more while not overwhelming the image of the church.

The individual images are in the slideshow below. 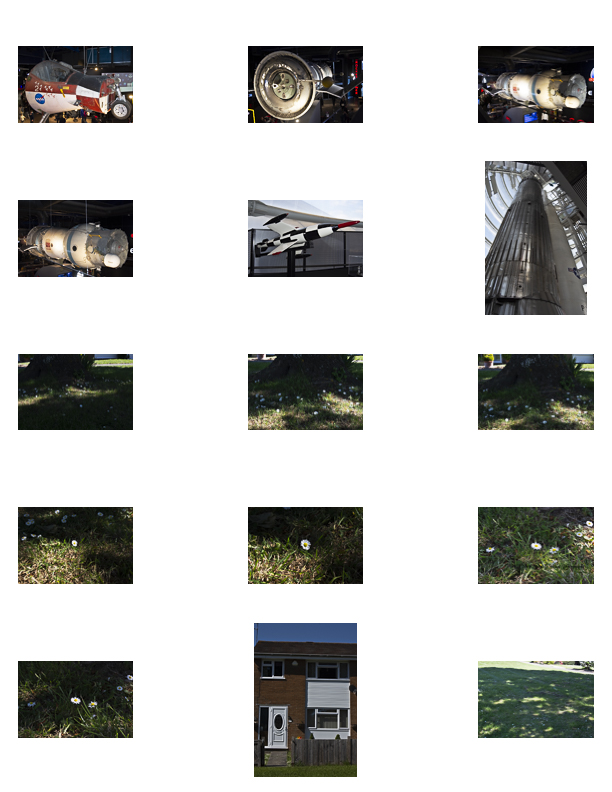 One thought on “Using image layers in Photoshop”